Copyright 2014. Powered by Blogger.
Home » Smartphones » What to Look for When Buying Smartphones

What to Look for When Buying Smartphones

Posted by Best Tech Posted on 2:51 PM with No comments
(published: 5/12/14)
When buying new smartphones people often just have no idea what to look for, there can just be SO many different things to consider and I want to make a article to outline just what I would suggest to look for. 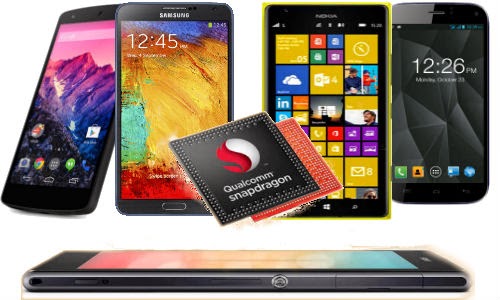 (Btw when saying inches I'm talking about screen size being measured diagonally from one corner of the screen to the other.)
The size of phone of course does not in fact depend entirely on just screen size and the rest of the phone real-estate on the front is usually referred to as the bezel, so that also needs to be considered. One example that I like to use is the iPhone 5 with a 4 in. display, next to a Motorola X with a 4.5 in. display. You can see here how the smaller bezel can keep the Moto X almost the same size as the iPhone 5 despite the screen size being an entire .5 inches larger on the Moto X.

For the purpose of simplicity I will stick to just talking about screen size and occasionally mention the bezels when they are needed. If you have chosen your category and are ready to get past you screen size when looking through smartphones you can move on to begin looking to other things.

The Operating System (or OS)
The next logical step would be to decide what OS you would want to use and I'll split the 4 most popular mobile operating systems in order of most to least popular. 1. Android: By far the most popular OS in the world, Android is owned and run by Google. If you love Google products and enjoy having an abundance of features like; widgets, Google now, and custom skins or want the most customizable OS then this might be a really great choice. Android also comes with a huge variety of phones by dozens of manufactures. You will also enjoy an insane amount of apps, in fact currently over 1 million!

2. Apple iOS: For many people who are heavily integrated into Apple's products and services, especially iTunes, this might be the best choice. Apple is much more simplistic and tries to show what a clean, smooth, and highly developed OS should look like. They currently focus only on smaller phones so if you want anything larger then 4 in. you might want to look else where, however a larger iPhone has been rumored. iOS also has a very mature App Store that likes to filter any apps that aren't of good quality.

3. Windows: Windows OS is still fairly new compared to the two above, but has gone a long way with some cool added features of their own. Just imagine having part of Windows 8 on a smartphone, another words; Xbox live, Microsoft office, Hotmail, Live Tiles, but a very limited amount of apps (although definitely growing) and not a great deal of customization. Although there are multiple manufactures that carry this OS, it has been mainly led by Nokia (Microsoft recently purchase the mobile division of Nokia).

4. Blackberry: A company that once ruled the mobile industry, today has been left with less than 2% of the global market share. Stuck with its old ways and QWERTY keyboards, Blackberry has been trailing behind for the last few years and has arrived late to the fight with Google and Apple. It still has a lot to offer and with a new CEO it seems to have a chance for a comeback. It boasts about having the best security and a great texting experience having an interesting keyboard interface for its new fully touch screen devices.

Now after picking the perfect screen size and the perfect Operating system for yourself you can move on to the next big point of what to look for when buying you smartphone.

The Battery Life & General Specs
Specs. Now if you ever go and compare the specs of the Apple iPhone to a high-end Android smartphone you might just be shocked at the huge differences and you might think that something is seriously wrong for Apple to charge so much for such lower specs. In fact, it might give you a laugh to compare the Samsung Galaxy S2 released in 2011 to the iPhone 5s from late 2013. Seriously, click here to see. And it's not that I'm trying to bash on Apple, because if you've ever used the iPhone 5s you would still think it's a much better device then the Samsung Galaxy S2.

The reason Apple can use such specs and not have problems is because of how amazing Apple is with creating the perfect software for their devices. So obviously specs don't mean everything and I would suggest comparing specs of devices running the same operating system (so compare androids to android, and windows to windows). It's hard to give a list of specs to look for as is depends on the OS and they change very quickly every year. Also bigger phones tend to have better specs then smaller phones because they obviously have more space to fit all those high-end specs and a larger battery into.

But, if trying to buy a high-end phone I'd suggest looking for at least 2gb of ram, usually a quad-core 2 GHZ or higher, and probably a micro USB slot (depends on you).

Battery Life. So battery life varies from phone to phone and depends not just on the size of the battery but on how well the software is optimized to run on the smartphone as well as the hardware, such as the type of screen and how powerful the specs are. I'll spread this into the three screen sizes of what battery sizes I'd suggest to look for. So I'll be referring back to my chart up top of the three categories from Phone Size/Screen Size where I explained my three size:
1. (small phones) I'd suggest to look for at least a 1900+ mAh battery.
2. (medium phones) It's best to have at least a 2600+ mAh battery.
3. (large phones) And for phablets I'd look for a 3300+ mAh battery.

Usually Android drains batteries faster than iOS or windows phone and as I showed larger screens play a difference in how much energy the phone uses and the battery size.

Don't forget the Camera
So first thing is first, pixels AREN'T everything. Now this might be one of the greatest misconceptions but it doesn't mean more pixels aren't entirely pointless. So recently smartphone cameras seem to have hit a bit of a plateau with sensor size because it's hard to put a larger sensor without making the phone thicker, this is actually one of the biggest reasons a smartphone cameras can't ever be as good as a DSLR camera. However manufactures have continued to add more, and more, and even MORE pixels into cameras without almost increasing the sensor size at all.  Now I can wright and entire article about the camera. but here is what you need to know.

(If you don't want to get too technical skip this paragraph and skip to where I summarize this) I'll take the examples above on the picture and break it down explaining each piece briefly. So the aperture is what controls how much light gets into the camera and it's almost the same on all new smartphones (btw smaller aperture number is better). The pixel size is a combination of the sensor size and aperture basically divided by the amount of pixels and is referred to as the microns (bigger pixel size or a bigger micron is better). And then there is sensor size, and that's kind of how big the camera size is (larger is better). Finally a Megapixel is just 1 million pixels and you can think of it as 1000 X 1000. So an average screen size is 1080 X 1920 so theoretically a 2 megapixel picture (example: 2000 X 2000 = 2 million) can easily fill up a full HD 1080 p display. This is why the HTC One has "only" a four mega pixel camera instead of 13 or 16 megapixels in hopes of having bigger microns and better quality images. Since a 2 megapixel camera can fill up the entire screen, pixels come in handy mostly when zooming in or making a REALLY large poster of picture.

(the numbers in the picture above stand for the megapixels of the camera and show how big the pictures are) Just in case you didn't understand any of this I'll summarize it into the most the simplest way I can.
Sensor Size: Because phone cameras are small they are broken up into fractions, a bigger sensor is better. Example: 1/1.5" (Nokia Lumia 1020) is better than 1/3" (iPhone 5s).
Aperture: Aperture is how much light is blocked (and let in) so a larger aperture is worse. Example: f/2.2 (Nokia Lumia 1020) is better than f/2.4 (on the Moto X).
Pixel Size: Pixel size depends on how much pixels are shoved into a sensor and are referred to as microns so bigger is better. Example: 1.5 microns (iPhone 5s) is better than 1.12 microns (LG G2).
Stabilization: I didn't mention this earlier but always try to pick Optical over Digital image stabilization. 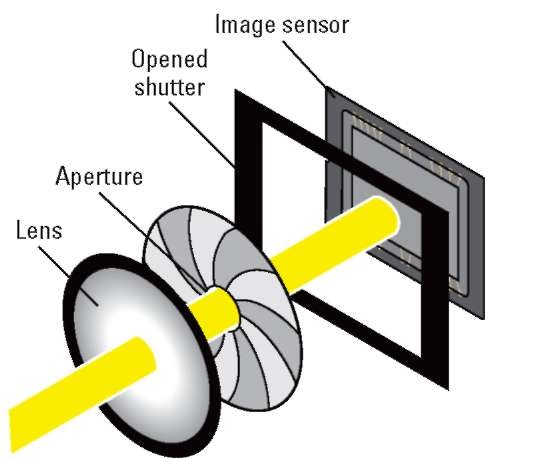 So when buying smartphones make sure at how much you use the camera, back or front, or what you use it for (like social media or selfies on Snapchat) because most websites and apps reduce the amount of pixels since more pixels mean more used storage.

Understanding When to Buy & Conclusion
Most companies like Apple and Samsung release a new flagship model every single year, but there are some companies like Sony that have started to release a flagship every 6 months. Take that into consideration, so if your looking to buy and iPhone and the previous one came out close to a year ago, then expect a new model to come out very soon and it would usually be best to wait.
In Conclusion if you don't know what to look for when buying a smartphone, look for your desired screen size, operating system, basic spec & battery, and the perfect camera to fit your needs and always feel free to look back to this article when you need help understanding and deciding any of the things mentioned. If you want to see some of my smartphone recommendations click here for some of my favorite normal sized smartphones and here for some of my favorite phablets of 2014!

Start a conversation. Tell us what you're thinking!